The yuzu is a citrus fruit and plant originating in East Asia. It is believed to be a hybrid of sour mandarin and Ichang papeda. Wikipedia 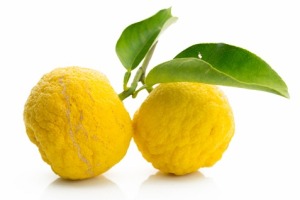 This opaque yellow shower cream has the same beautiful, lightly fruity/powdery cocoa fragrance as in their in store ‘Yuzu and Cocoa’ bubble bar (it looks like a macaron), which is the same color as the fruit itself as you can see in the photo above.

I LOVE this fragrance. As I understand it, Lush doesn’t actually use the fruit yuzu in here.  Instead they use a combination of fruits to attain a Yuzu similarity.   Regardless of whether there is yuzu fruit in this or not, I love the scent.  The cocoa in this is like a light whiff of cocoa. It’s as if i’m smelling a container of powdered cocoa, mixed with the fruity yuzu. It’s wonderful.  This and Lord of Misrule are my top fave shower gels/creams from Lush Oxford Street.

Here’s a video i made showing this shower cream in more detail.