see my demo video on the bottom this page.

Review: This is the Queen of smoothies in alot of old time Lushies opinions, mine included. It has the same scent as Lush’s “Floating Island” bath melt. vaguely lemony with a bit of sandalwood. It looks like plumbers putty, but the consistency is ohhhh… (:-)…soooo rich. If you took a tub of whipped (not block style) cream cheese and dunked your hand into it, that’s what the consistency of White Wash smoothie is. And then after you put this glob on your bod, you realize that it starts slowly melting at body temperature and it becomes a smoothe, melting, creamy mass of hedonistic goodness.

Here’s a video demo i made of this smoothie 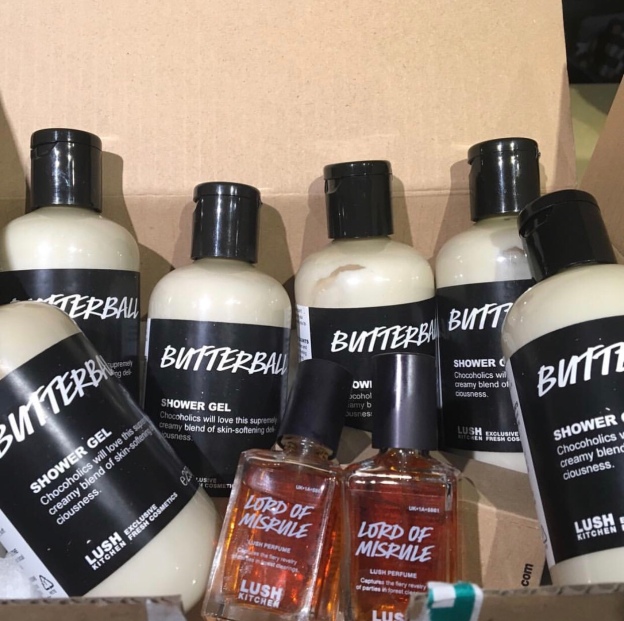 See my demo video below
Review/Description: This is the Lush Int’l forum party special for a limited time only. It has the same scent as butterball and the same ingredients. If you like the divine scent of butterball, this is your shower gel. It’s creamy and leaves a nice scent on the skin after. Coconut, cocoa butter and musk. This one is my favorite of the three forum special gels. 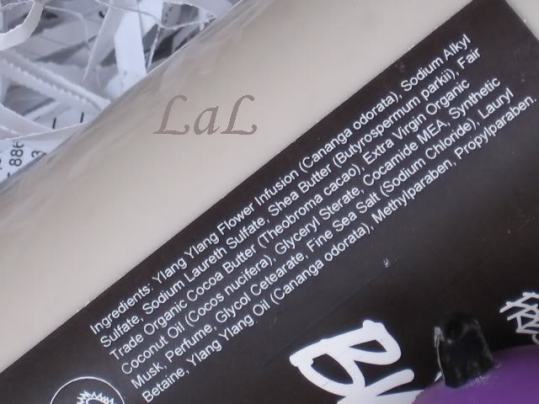 Here’s a demo video of this shower gel up close

heres a scent family photo i took of all the lush butterball products. 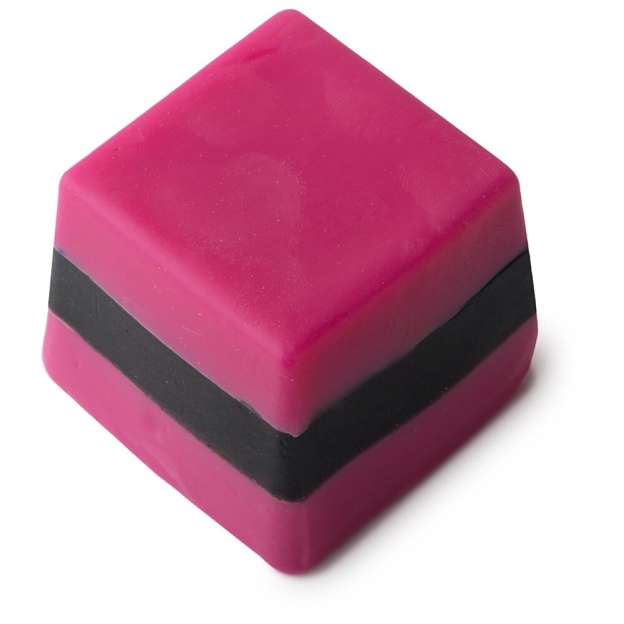 This is a remake of one of my favorite soaps from the past.  I love licorice, and Bertie soap has a licorice smell i can’t resist.  Lush Christmas bubble bar called “Bar Humbug” was made with the same scent as “Bertie” soap.

Here’s a photo of what the giant in-store Bertie soap looks like. 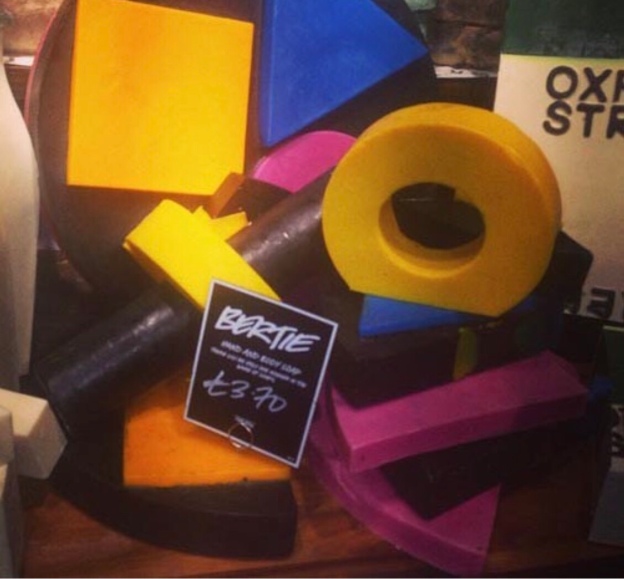 By the way, Lush has made “Bertie” previously, many years ago, though the soap was red, yellow and black back then.

Review: If you like Licorice candy this is for you. It smells exactly like licorice candy. This is toning to the skin because of the liquorice root infusion. And the fennel goes well with the liquoirce root. This soap is a glycerine soap but for a glycerine soap is does have some nice, creamy lather.

Lush Times 2004 description: This isn’t really a soap, more like an ‘installation’. Mo wanted to make something which represented the event garde of the artistic soap-making world. We thought of calling it the Picassoap but then we thought of the potential law suits and decided again. Instead we named it after Mark’s and Mo’s son who invented its perfume. They call him Bertie (after Wooster) because of his penchant for wearing silk dressing gowns. Bertois smells of detoxifying fennel – jolly handy after a night on the tiles, pine wihcdh helps to improve poor concentration, tarragon which banishes apathy and boredom and liquorice which is said to help us resist exhaustian. If you were looking for a gentleman’s soap, you find that Bertie would very much suit the elegant chap around town.

Here are a few pieces of the new Bertie soap i have from Oxford Street.

Here’s a demo video i made