LUSH is releasing a new product called Emotibombs! It’s a bath bomb for those who don’t have the shower–you get the same aromaatherapy benefits as the bath bomb, without having to fill up your tub (or shower stall). The Emotibombs dissolve slower than the bath bombs, and they have concentrated the essential oils to better suit the shower environment. There are four to choose from!

I received a prototype of the up you gets emotibomb from lush uk.  Lush decided later to add an orange color to the little character 🙂 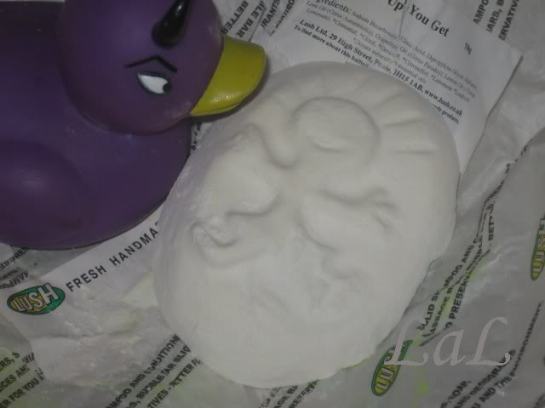 Up You Gets ($3.95) Step into the shower with this Emotibomb and inhale the refreshing and uplifting lime, reviving grapefruit, and mind-clearing lemon oils as they waft around to wake up your senses. By the time you step out of the shower you’ll be wide awake and

ready to face the day.