The Lush Kitchen at lush.co.uk  will be making these during the week of April 4-8 2016 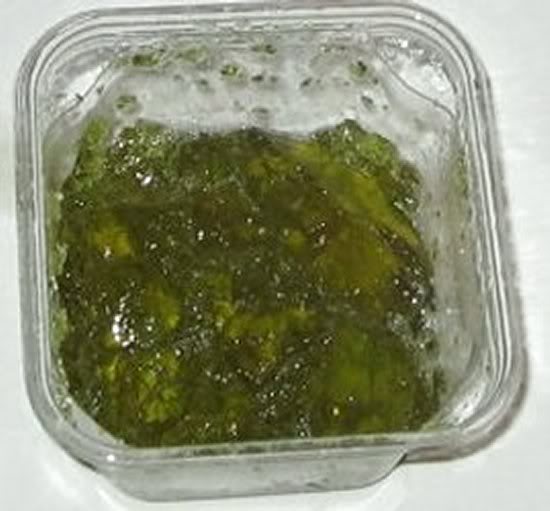 This is a somewhat unappetizing looking dark green jelly. Initially it was hard for me to pin down what it smelled like. I think that’s a good thing, means it’s not a simple fragrance. It’s a bright, sharp lemon/citrus smell with lots of astringent herbiness. I love the subtle whiff of black pepper. The herbiness is almost minty but not quite. It’s also a bit sweet smelling but just a bit. To me this is THE Lush product that would be an “Eye Opener” product for morning showers or times when we’re feeling sluggish. It smells as if Gavarnie, Slammer, Narcotick and Party On mated and had offspring. 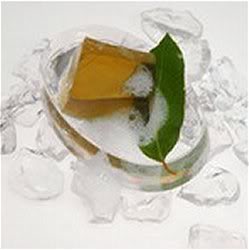 Lush 2005 description: There’s a Nordic sauna theme to Spank Me With Saplings. Up there in the far north of Finland, where snow covers all the joins, you need to get nice and warm after venturing outside, which is probably why the Fins invented the sauna. In a pine hut in the woods, grown men cleanse their bodies by getting very hot, running outside and rolling in the snow and slapping themselves with birch twigs. Fortunately, we have a cleansing, detoxifying Shower Jelly instead. Take a hot shower, slap the refreshingly ice cold jelly (straight from the freezer) all over your body, inhale the woody oakmoss, bay and olive leaf scent and let the neroli and black pepper oils detoxify and cheer you. A Spank in the morning wakes you up and puts a smile on your face.