See my video demo below of this cutie in the tub. 🙂 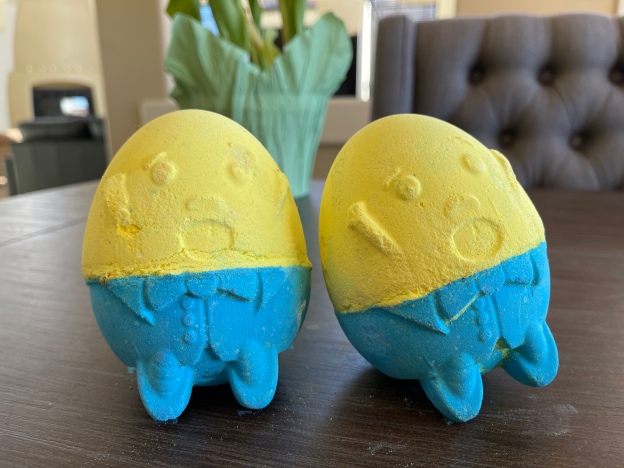 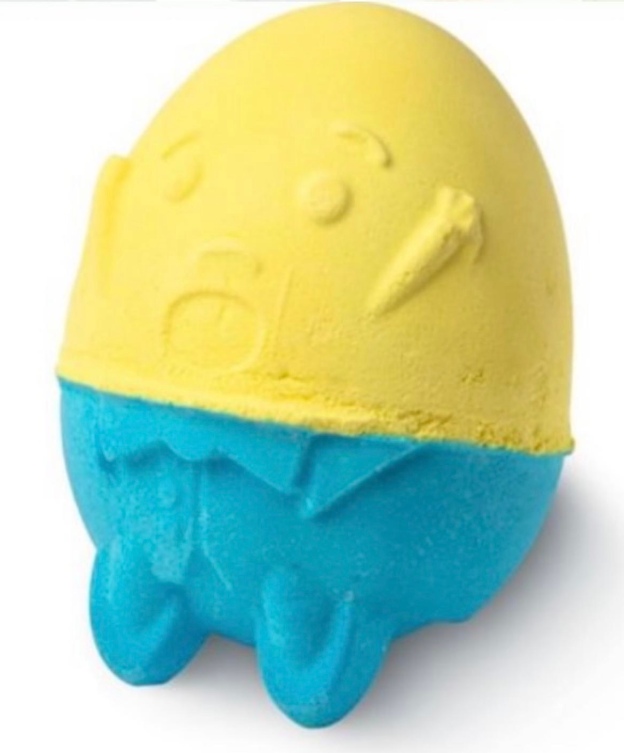 This year 2021, Lush redesigned their Humpty Dumpty. There is still a little bath bomb inside so you have to crack it open to see it. 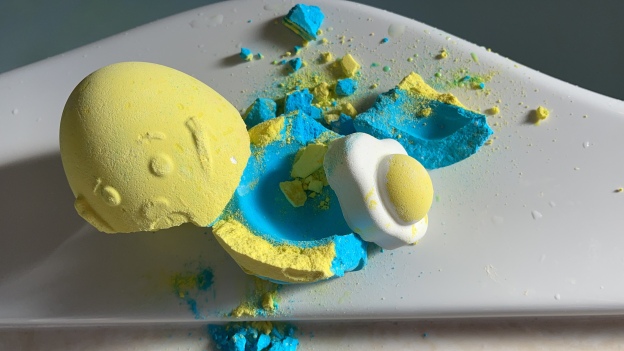 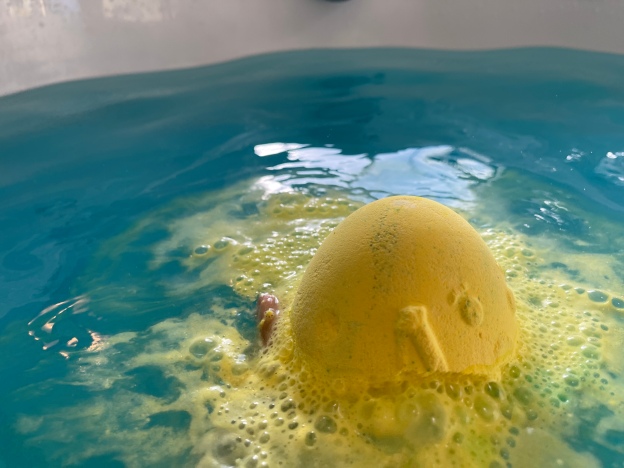 Humpty Dumpty felt a sharp whack
Humpty Dumpty heard a great crack
All the king’s horses and all the king’s staff
Followed sweet Humpty straight into the bath
As soon as the cheerful egghead with the unravelling bow tie touches the water, his caramel-smooth personality is revealed in notes of bright bergamot and Brazilian orange oil. Crack a smile as his outer shell breaks away, revealing a hidden alter-eggo (scrambling for puns over here). His innards appear as a perfectly formed fried egg (an all vegan variety of course). If you’re in a hump and down in the dumps, it’s now superbly easy to flip your spirits onto the sunnyside. 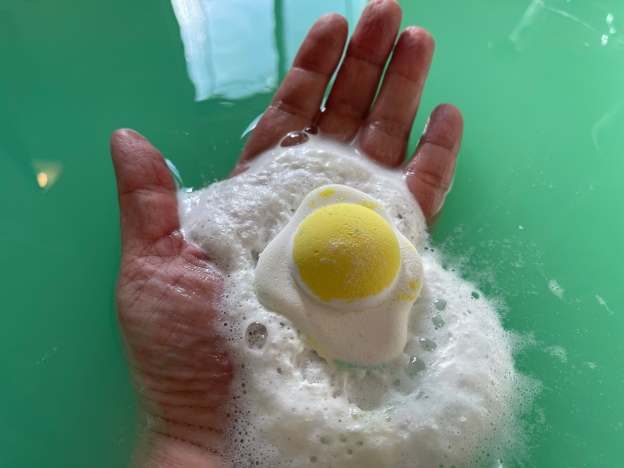 Here’s a a couple of photos i took of it’s insides. 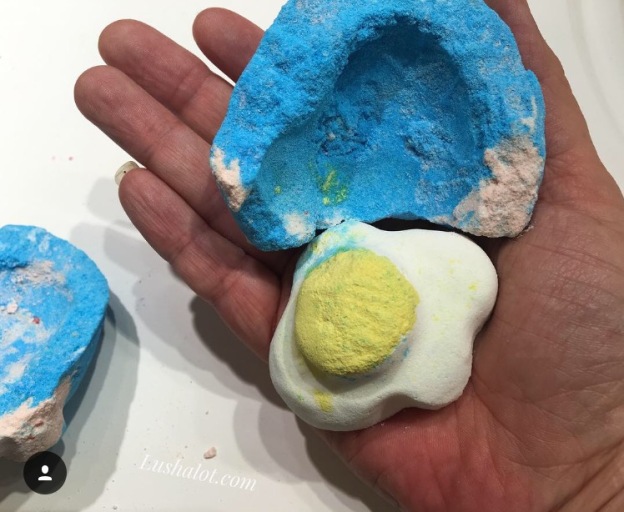 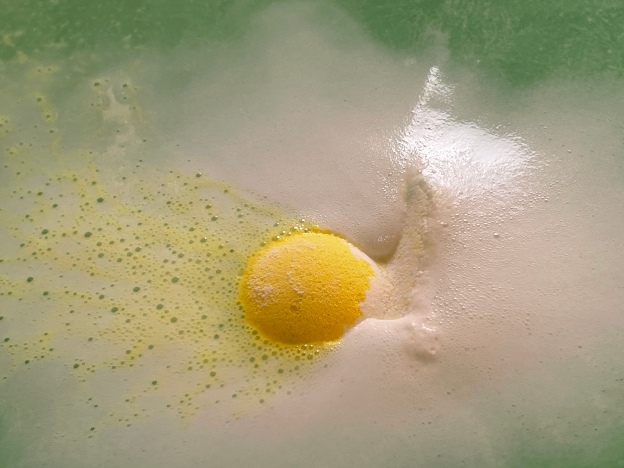 As if the cracked egg isn’t cute enough in the water there’s a separate bomb that looks just like an egg foaming slowly over the surface of the water like a little egg ballet. 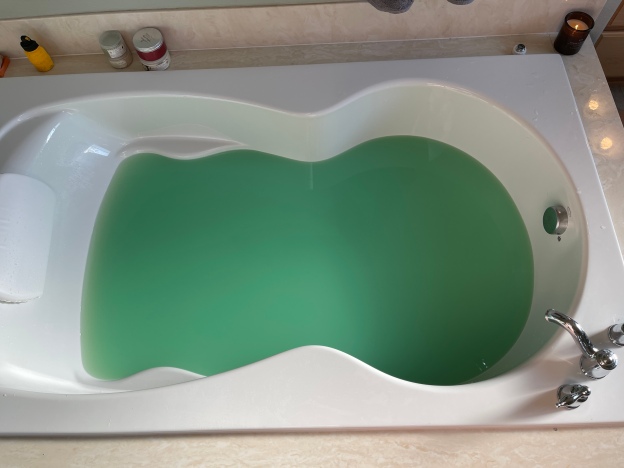 Here’s a 2018 video demo of this in the tub. Below is the new design video of Humpty Dumpty